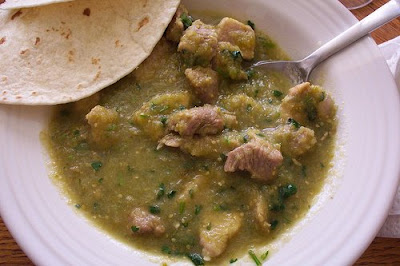 This was our dinner last night & it was amazing- we all went back for seconds.


In a large stock pot, over high heat, searr the pork in the oil until golden brown. remove the pork from the pan, reserving the oil. Cook the onions & garlic, salt & pepper until onions are tender. Return pork to the pot, season with cumin, & add in the broth (all but 1 c. worth). Simmer for 1/2 hour. Stir in peppers. Puree the tomatillos and cilantro with the remaining cup of broth & add into the pot. Cook an additional 45 minutes or so until the pork is tneder. The sauce is pretty runny, so I ended up thickening it slightly with a little cornstarch at the end. 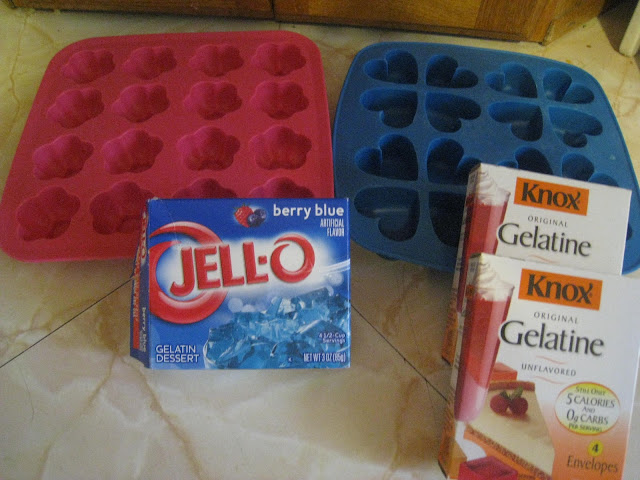 I recently made some homemade gummy candies for my kids.  They  were super simple & fun to make.  My kids LOVED eating them. They tasted just like regular gummies that you can buy.  You can make virtually any flavor, since they are made with Jell-O. We made berry blue- yum!
Here is what you will need:


3 envelopes unflavored gelatin  The boxes I bought came with a few envelopes in each box.
1 small pkg. Jell-O- any flavor, with sugar

A mold to pour it into- I used small shape ice cube trays- you could use any molds, though.  Smaller is better.

To make:  Pour all the gelatin into a pot & mix with water.  Cook over medium heat, stirring constantly until melted & dissolved completely.  Pour into molds quickly.  This recipe only filled 1 mold.


Let cool & remove from the molds. To speed up the process, put into the fridge or freezer for 10 minutes. 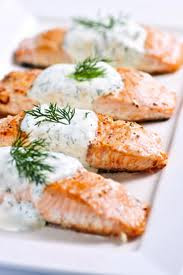 This is the second recipe I made from my Try & Tell that I started last week. I really liked this recipe a lot. So did my family. My daughter, who is 3 had three helpings of salmon. She really likes it! So here's the recipe- I know you have all just been dying to get it! ;)
1 c. plain yogurt
2 cloves minced garlic
1 tsp dried dill or 1 Tbsp fresh chopped dill
1/2 tsp dried oregano, or 2 tsp fresh
1 1/2 lb salmon filet, cut into 4 piececs
1 tsp lemon juice
salt & pepper
1 Tbsp olive oil 1 cucumber, halved, seeded & cut into small pieces (peel if desired)
10-15 cherry tomatoes, sliced in half (optional) Combine yogurt, garlic, dill, oregano, lemon juice, salt & pepper. Brush salmon with olive oil. Place on a large sheet of heavy duty foil with the edges folded up to keep in the juices. Spoon half of the sauce over the salmon & spread over it evenly. Grill on med-high heat for about 15 minutes. While cooking, combine the remaining sauce with the cucumbers and toma… 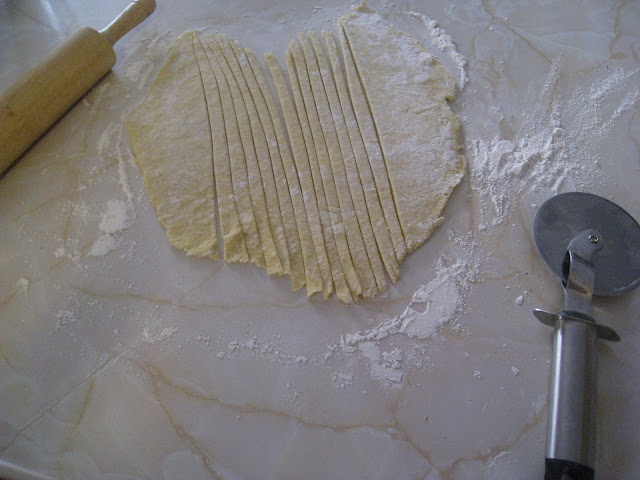 You know those thick yummy home-made noodles in chicken noodle soup.  That's what these are.  They are so good.  I absolutely LOVE them.  I made a pot of chicken noodle soup with these and it seriously makes the soup so much better.  It is a true comfort food for me.  They are really easy to make.  You can double them and freeze them for later if you want, too.  Or, they can be stored in the fridge for a few days for later use as well.

Roll out on a floured surface to about 1/8" thickness.  Cut into strips- I just used a pizza cutter.  You can store them in the fridge for 2-3 days or in the freezer for 1-2 months.  Cook 7-9 minutes in boiling water.  Serve any way you like- but they are fabulous in chicken soup!﻿